Oh, I Do Love A Podcast!

I've made it no secret on Twitter that I am obsessed with podcasts. I'm always on the lookout for new ones to dive into and I love recommending the ones I love to people, so with that in mind I thought I'd do a blog post about my current favourites. I haven't put them in any order for the simple fact that I couldn't really tear them apart; they're all so different and each offer something that the other doesn't, so here goes: 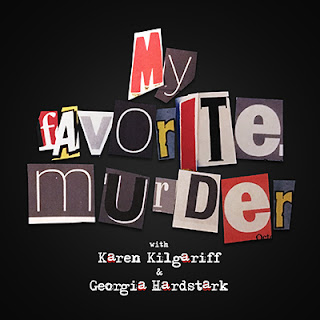 1. My Favorite Murder
Their American spelling of favourite can be forgiven because the content of the podcast is so good. I love true-crime and the co-hosts, Karen Kilgariff and Georgia Hardstark, have a really great balance between seriousness and humour in their podcast My Favorite Murder. Humour?! Well, yes. They are completely respectful of the victims and their families, but obviously the subject and specific details they discuss are really hard to listen to at times, so the dashings of humour are most welcome and necessary. 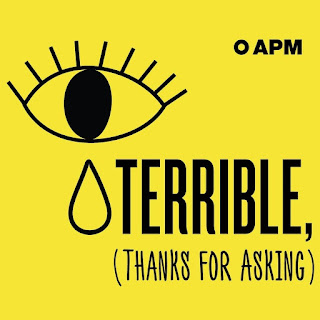 2. Terrible, Thanks for Asking
I saw a review of Terrible, thanks for asking on the Guardian and the title caught my eye. You see, we have a tendency to pretend we're OK even when we're not. We smile and say "I'm fine" when we know deep down we're struggling to keep our heads afloat. The host Nora McInerny, is unapologetic about telling people how she's really feeling, particularly after having a miscarriage, and loosing both her husband and father within weeks of each other. Who has time to pretend, right?! It's a serious podcast and talks about hard-hitting life experiences like death and depression, so it may be quite triggering for some, but I found it really cathartic hearing others' stories on these issues. Season one is available now, but thankfully, season two is being worked on as I type! 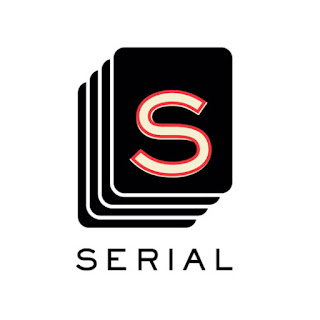 3. Serial
Although two seasons in, season one is still the most potent one; the story of Adnan Syed. Adnan was convicted of the murder of his ex-girlfriend, Hae Min Lee, in 1999. The host, Sarak Koeing, goes through the entire case from start to finish, talking to witnesses, the police and the family and friends of Adnan to try and discover if the conviction was just. In July 2016 it was announced that Adnan would receive a new trial as there was enough evidence to suggest the conviction was ropey at best. It's brilliant story telling from Sarah and Serial was my very first podcast so it'll always have a special place in my heart. 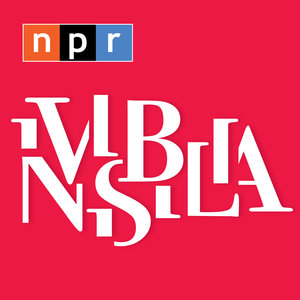 4. Invisibilia
There isn't a podcast like Invisibilia. Invisbilia talks about the things that are out of our control but shape us as individuals. Co-hosted by Lulu Miller, Hanna Rosin, and Alix Spiegel (who appears in season two), they delve into scientific research and speak to people whom feel they have been affected by invisible forces. Topics include the forces which make one individual more fearless than others, and forces that make an individual more inclined to achieve their potential above another. It's so interesting and I can't wait for season three which is coming real soon! 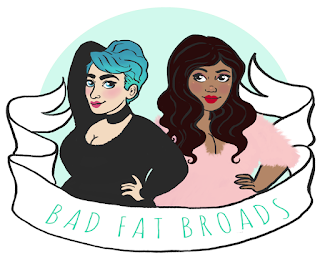 5. Bad Fat Broads
You know when you know someone doing something awesome and you're nothing but super proud? Well that's how I feel about Bad Fat Broads. You see, Ariel is one half of BFB and I'm honoured to say that she's a friend. I nicknamed Ariel 'The Oracle' because her Twitter feed is just full of wisdom and thought provoking subjects, so the fact that she now has a place to call her own, along with co-host KC, is a great thing. They talk all things fat politics and they aren't afraid to call out brands and public figures who miss the mark on the fat acceptance movement. I love listening to these two. 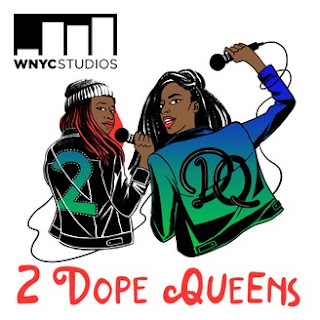 6. 2 Dope Queens
Co-hosts Jessica Williams and Pheobe Robinson are two black queens who started as solo stand-ups, but when they met they realised they would be a duo to be reckoned with, and the 2 Dope Queens podcast consists of their live stand-up with other comedians in support. They talk about their first time having sex (Phoebe's story is so flipping funny!), shopping in-store and being stalked by security because they're black, growing up with embarrassing parents, and dating. It's such a perfect mix and their third season has just been released. Speaking of 2 Dope Queens.... 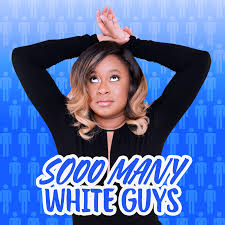 7. Sooo Many White Guys
This podcast is hosted by Phoebe Robinson, one half of 2 Dope Queens. I love Sooo Many White Guys because, although it's still funny, Phoebe sits down and interviews people in the entertainment world, taking the focus away from white guys (hence the name) as white men already get plenty of coverage, right?! The second season just finished and I personally liked it more than the first season as it's a lot more serious and really addresses race and politics in a way few others are currently.

I also wanted to give a special shoutout to a podcast that isn't seasonal. It's one season of one story and it's so good I couldn't leave it out: 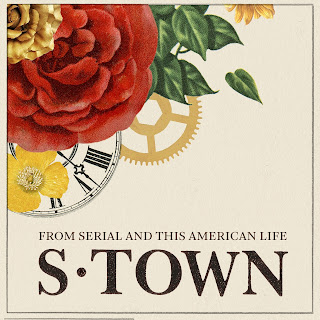 S Town
S Town is Serial's sister and starts off as this bizarre murder mystery, but ends up being a heartbreaking and touching story about life and the legacy we leave behind. S Town is hosted by Brian Reed, and he tells his journey throughout this story so beautifully. It's a moving tribute to having someone in your life one minute and not the next, and assessing how they lived their life and how they affected (for the good or for the bad) the people they encountered throughout their life. The artwork that accompanies the podcast is stunning and fits so perfectly with the story. It's only seven episodes long and so, so worth the listen.

So those are all the podcasts that get me through my day. Looking at the list, do you know what I've noticed? They're all either hosted by and/ or produced by women! How awesome is that?!

I'll be sure to share any other podcasts I come across that thrill me, but I hope I've given you some inspiration. All of the above can be found on iTunes or via their individual websites (They've all been linked).

Sorry I keep disappearing from you guys. The first half of the year has been so odd, but I'm trying to find my equilibrium to post more. I do partially blame winter because I just can't find the motivation to blog loads in the winter months. All I want to do is hibernate, curl up in a blanket and watch Netflix series, eating hearty stews. I make no apologies for that (particularly the stews), but now that the sun has started to make more of an appearance, I'm starting to look at my wardrobe with excitement with all the bright fun colours and patterns I have waiting to be unleashed onto the world.

The following set of pictures were taken a fair while ago, but I love the dress and can see myself ditching the boots and legging for gold strappy sandals and bare legs. I love lace. I have so many items of clothing with either lace or mesh and find them so fun to play with as almost all I own can be dressed up or down, depending on the occasion. This occasion was for a catch-up lunch with the lovely Hanna. I headed to her neck of the woods, in North London, and I couldn't pass up the opportunity to have a few snaps taken before heading home. 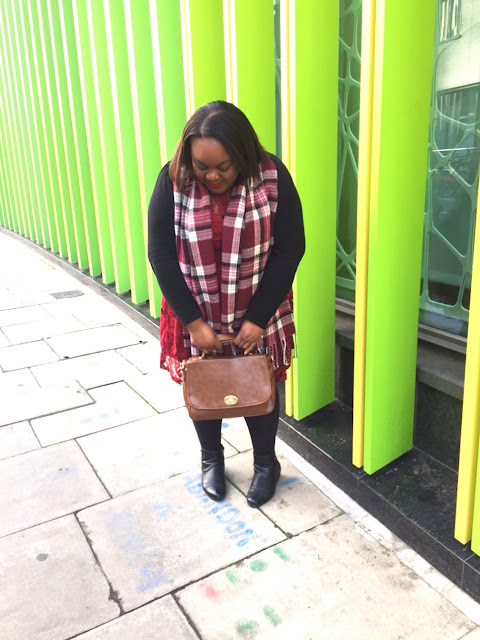 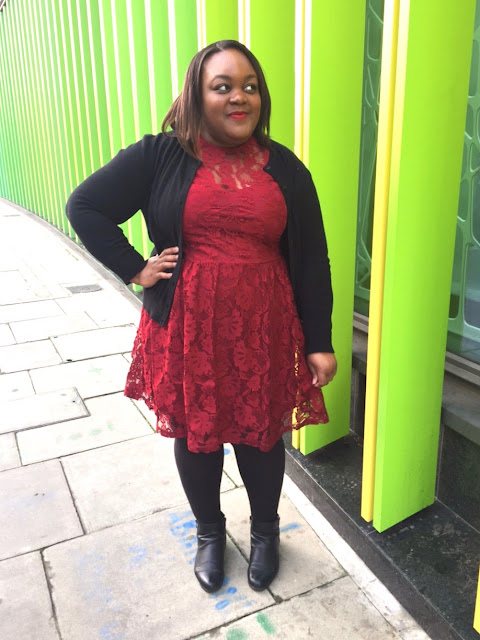 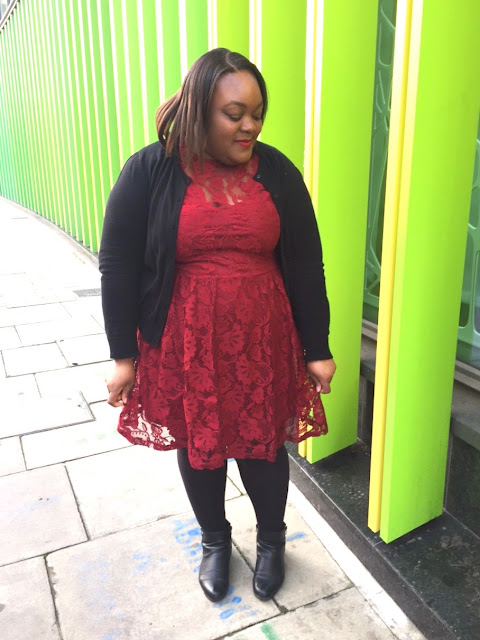 I can't help but laugh when I look at these, and many other outfit photos I've taken. I seem to have an aversion to looking into the camera, and I have no idea where I picked this habit up from. I don't know if I thought it made me look really deep and thought-ridden, but whatever the reason, I'm going to actually start looking into the camera, haha.

I have so many outfit ideas for spring/ summer and can't wait to show you all. Stay tuned and thanks again for sticking with me and letting me be as lazy as I want to be for this little blog of mine.