January 13, 2016
One of my favourite things to do is escape. I used to do it quite a bit when I was young and still do it now as an adult. That feeling of leaving everything behind – the good and bad stuff, and just floating away to a world unknown, even if it’s for a little while. Escaping isn’t necessarily literal for me, and is in fact mainly achieved through reading, writing and doing things like go to the theatre.

I wish I went to the theatre more, but as it can be quite pricey it needs to be something more; it needs to be an experience. Wonder.land is just that, and the irony here is that it didn’t help me escape at all, but instead brought back all those adolescent feelings I had in a wave of wonder (pun intended!).

Wonder.land is a modern day version of Alice in Wonderland and is set in London where the main character, Ali, is one all young girls will recognise. You see, Ali is sad. Ali is sad, confused, angry, frustrated, jealous, and desperately lonely. Her parents are separated, she feels she is second to her baby brother, she feels like her mother doesn’t understand her, wishes her father was a round more, and doesn’t have many friends at school – oh how so many of us can relate! She finds escapism through her phone and uncovers a game called Wonder.land, that allows her to become anyone she wants to be. She first has to create her character, so names her Alice, and she then has to pick how Alice is going to look. It’s worth noting that Ali is mixed race so goes the complete opposite of how she sees herself and how she thinks others see her, so she chooses the traditional Alice from the book we all know so well: white, blonde, blue-eyed, slim, pretty, and petite – the very appearance society deems worthy and which we should all aspire to be. The characteristics she chooses for Alice are again, the socially aspirational and those Ali does not see in herself: popular, smart, funny, loveable, etc; and so Alice is created.

Ali becomes consumed by Alice, and with each adventure she slowly finds that maybe they’re so not different after all….but there’s danger lurking in the form of a teacher who confiscates Ali’s phone, and is so hell bent on power that she will stop at nothing to rule not just the school, but also Ali’s Alice (Queen of Hearts, anyone?). As the story comes to a close and the Alice Ali has created starts to get tainted and darkened by the teacher, Ali has to decide who she wants to be – to be the girl in the game or to be herself.

Wonder.land first peaked my interest when I heard Damon Albarn was involved. Not only is he one of the creators, he also curated the music. Blur was (and still are) one of my favourite bands, and I have followed Damon’s career post Blur, so I was really excited to hear that he was going to be part of a visually stunning and story strong theatre production. The production is truly a wondrous spectacle and below are a few pictures taken during the press show (All photos by Brinkhoff/ Moegenburg): 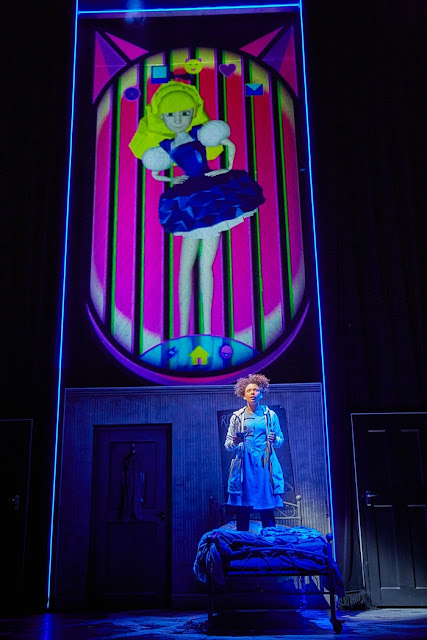 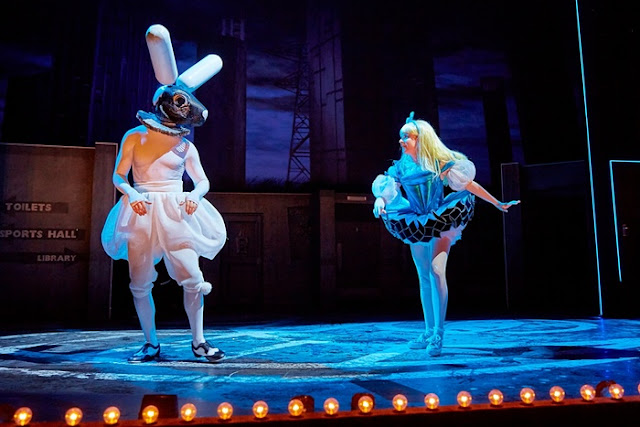 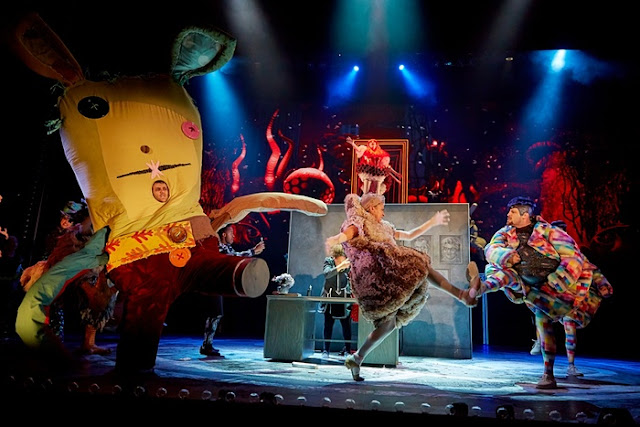 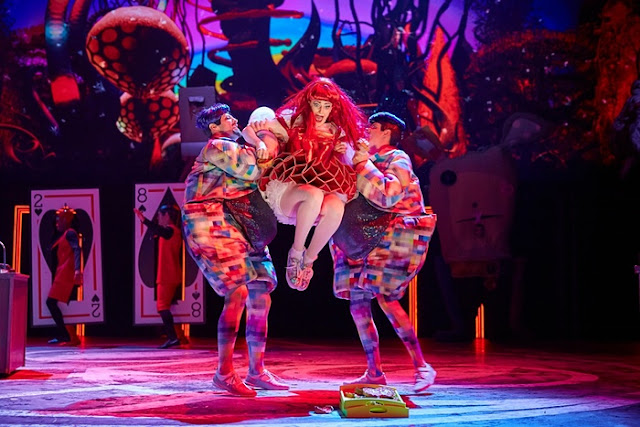 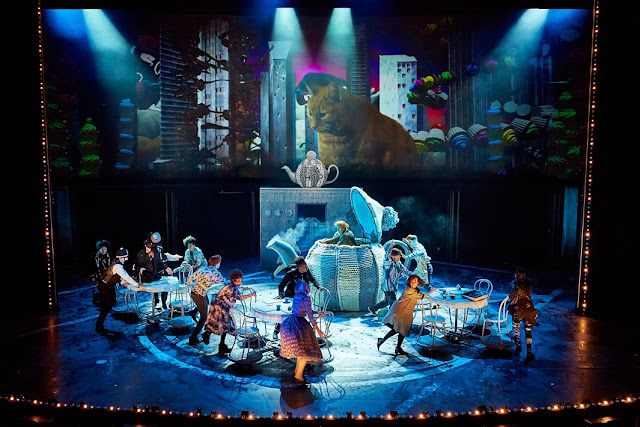 Don’t get me wrong, it’s an easy trap to fall into, but I have become more and more conscience of my social media participation, and have definitely used it less in recent months, particularly Twitter which I used to be on almost constantly. I’m lucky to have a large park near me so go for walks whenever I can and if I don’t leave my phone at home I’ll certainly put it on silent. There’s more I could do, but it’s a start.

I guess that’s what I loved so much about Wonder.land, it really makes you think about your intake and on ways you can change even if it’s a little bit. The story was indeed poignant, but accompanied with beautiful and emotive musical numbers, a fantastic cast, a colourful and bright set, and a participant audience, it was one of the best theatre experiences I’ve ever had. A huge well done to everyone involved – I really hope the run is extended.

**Wonder.land is being shown at The National Theatre until April 30th. The running time is 2 hours and 15 minutes, including one interval.**