Excuse Me While I Exist 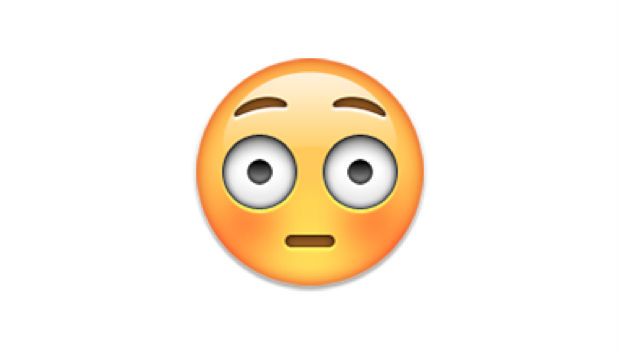 I don't really know how to start this other than to say I have lived a relatively charmed life in regards to my size. Despite always being a black, plus size woman and a living breathing human in London, I have never had the misfortune of being verbally abused on the street about anything.....to my face anyway (side-eye to all the losers whom have said stuff behind my back). So you can imagine my surprise when a couple of weeks ago, for the first time ever, I was verbally abused on the street.

I was minding my own business walking to work, and while passing an elderly man sat on a bench he said "Jesus, you're big". Now, I concede this is hardly the worst thing he could have said and there will be some who will roll their eyes, but consider the fact that this man had no business saying anything to me or anyone else who may have had to walk by him that morning, plus he wasn't doing me a favour by telling me anything I didn't already know, but his intent was to harm with his words and to cause upset. THAT IS NOT OK! But what surprised me more was my response. I'm really not an overtly aggressive person in that I don't go out seeking confrontation, but he had thrown an insult my way and I was just too stunned to stay quiet so instead of walking by, I turned on my heels, walked towards him and said quite bluntly "Go f*ck yourself!". Not exactly ground-breaking, granted, but anyone who knows me knows that I never swear. I don't have an issue with swearing nor do I have an issue with other people swearing, but it's a personal decision that I made not to; so as I walked away I had mixed feelings about how I reacted....

10% disappointment: I allowed this man to get under my skin. I allowed him to get a rise out of me and I feel I should have dealt with the issue with a better response. This man is of an older generation, he clearly doesn't have a job and I often see him to and from work, sitting on the same bench day after day, looking dishevelled with cans of beer in a plastic bag. I am young, healthy (yes, fat and healthy can go hand in hand), I have a stable job, am able to pay bills, put food on the table, and l have awesome friends. I don't mean it to sound as black and white as that, but I'm seemingly in a much better position than he is in life so what did I gain from advancing on him and swearing? I can say with almost 100% that I was affected a lot more than he was, so much so that I've had to write a post just to get it out.

90% pride: Plus size women are supposed to be invisible and silent, particularly plus size women of colour, so I felt proud that I had taken a stand and confronted a rude man who felt the need to comment on MY body. He simply had no business and acted like a typical misogynist man who thought he had monopoly over my body and thus, felt within his rights to pass comment - NO!

After seeing his face when I told him exactly where to go, I could see that he wasn't expecting me to say anything at all. And that's the thing. People feel the need to "help" us fatties with insulting words to try and shame us into thinking negatively about ourselves, to try and push us in the "right" direction and walk the righteous path to thinness (because only thin people deserve respect, right?!). The thing that they tend to conveniently forget is that no-one asked them to! I didn't stop in front of this fool and ask him what he thought of my body, I was literally walking to work without a care before he tried to ruin my day by being a douche. Words are harmful and if this were four/ five years ago I would have crumbled into a ball feeling ashamed and defeated. What if the person walking by wasn't me but was instead someone who felt about themselves now how I did all those years ago? What if those words were a trigger to a dangerous diet or worse? People have to take responsibility for the words they use. People have to be aware of the damage their words can do.

Further, why do people feel like they have license to inform us on how we should be living our lives?! I'm so sick of reading posts from my fellow bloggers about the abuse they receive because of their size. We shouldn't have to put up with it, but they expect us to put up with it; they expect us to hang our heads and walk with shame to the cake shop to eat our troubles away (I do however believe cake is the salvation of all woes, but that's besides the point...). They don't expect us to be vocal, they don't expect us to be proud and unapologetic, they don't exact us to stand up for ourselves. For that I feel proud that I did exactly what he didn't want me to do - be visible and have a voice. Like my fellow bloggers and those who have to deal with ignorance everyday, it can often become quite exhausting feeling like you have to explain your life choices to others just because they do not (and choose not to) understand how someone can live a life that refuses to conform to the proposed way of living. Instead of just accepting it they try to beat us down and try to make us feel worthless.

I have no idea what people think they're gaining from this, but there's a cool gang doing their own thing and I can't think of a more "worthy" way to live.