So last Saturday, I did the Electric Run. It was my first ever run and it’s really nerve racking putting yourself in a situation you’ve never experienced before, but it was one of the best things I’ve done! I’m not really into telling people the dos and don’ts as I think everyone needs to find their own path of doing things in a way that’s comfortable for them, but for me, I wish I had trained more. I started my training well after the New Year and as someone who did next to no exercise before; I should have started a few months before I did. It was something that I was really worried about, but when the run finally started, I found that the ratio of runners and walkers quite startling. I’d say it was a 70%/30% split with the 70% being walkers. I personally ran some at the start, walked during the middle, and ran at the end. I didn’t think I would run at the end but there’s something about knowing you’re about to reach your goal that gives you an extra boost of energy, and I definitely used that to take my little legs across the finishing line.

From looking at pictures of the event from previous years, I knew that people really went out of their way to dress up in as much colour and lights as possible, so I of course had to follow suit and wear something super colourful but comfortable. Regular readers already know finding colourful, bright clothes is not exactly a stretch as my wardrobes are full of them, but comfort was a major part in my decision making and thankfully, I had the perfect dress. 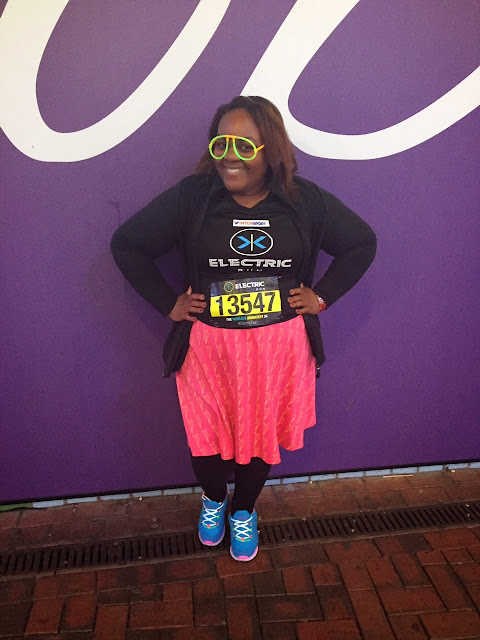 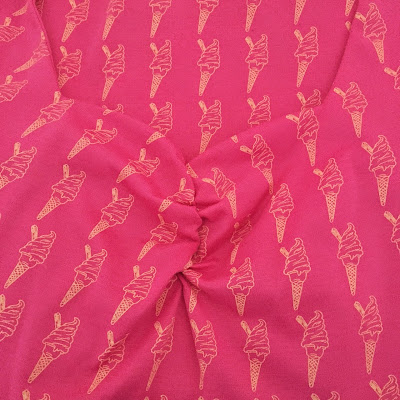 A close-up of the print

As you probably know, this dress was designed by blogger, Lauren, and it was part of the blogger collaboration with Simply Be. This was my favourite dress from the collection and I ordered it immediately when it was released. I love the bright pink and the ice-cream cone print of the dress, and it’s breathable and stretchy – perfect for a sunny day out or a 5km fun run ;) I finished the look with my amazing turquoise/ polka dot trainers from Simply Be and of course my sponsored t-shirt.

I had such a great time and below are a few pictures from the event: 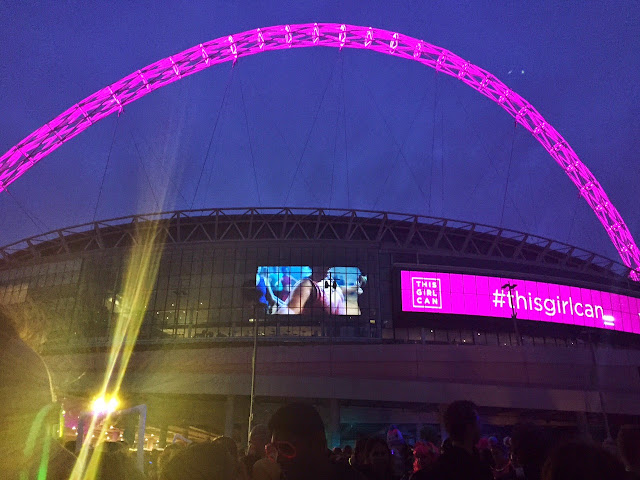 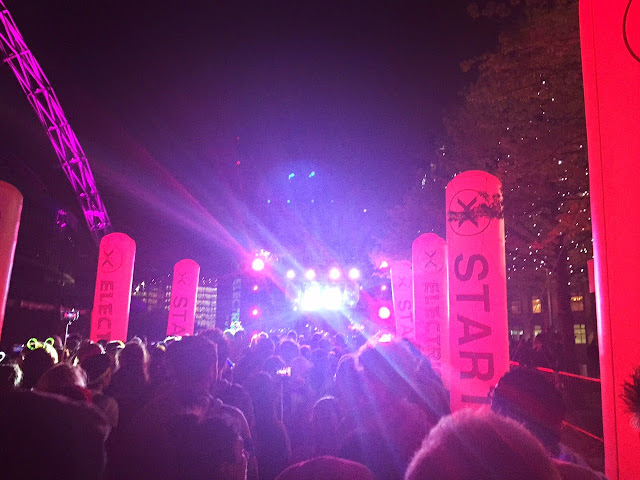 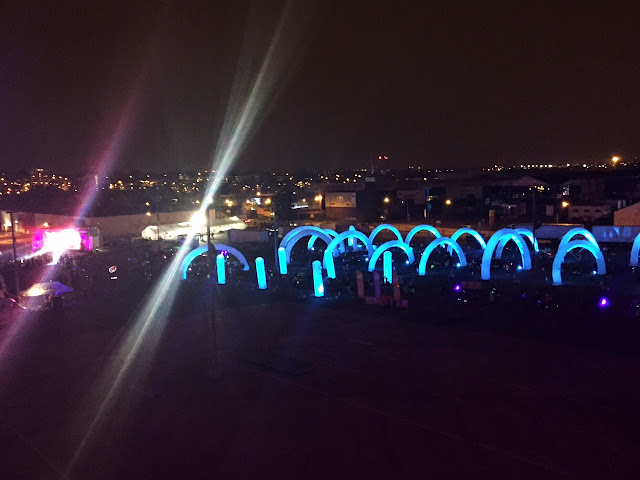 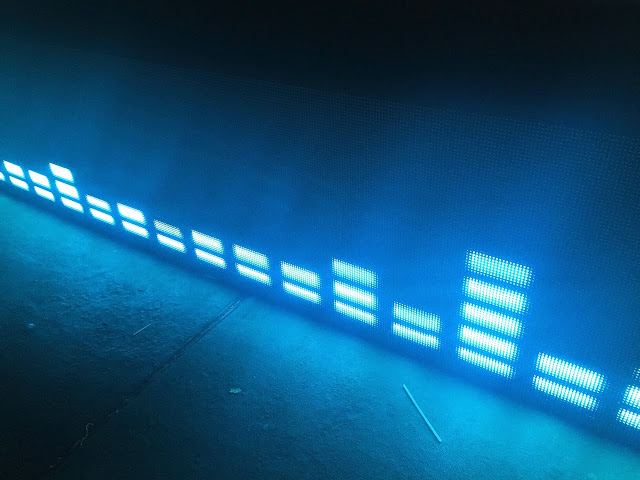 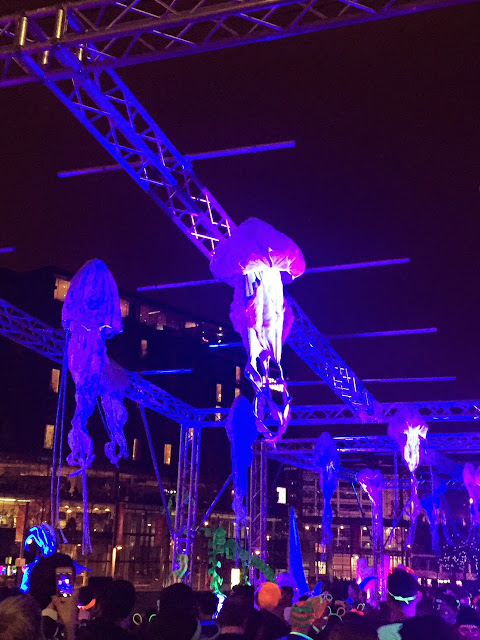 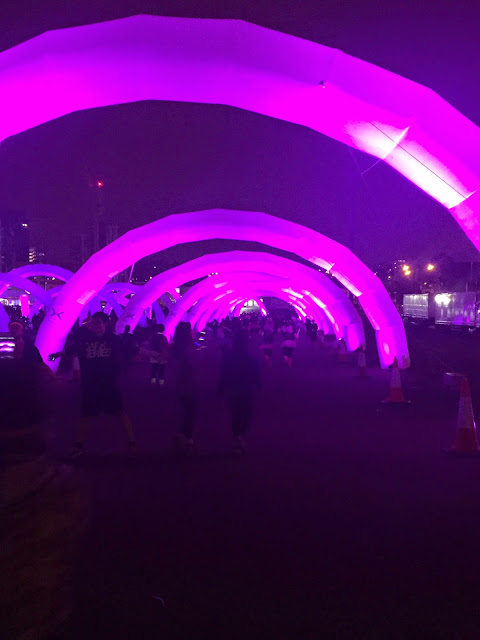 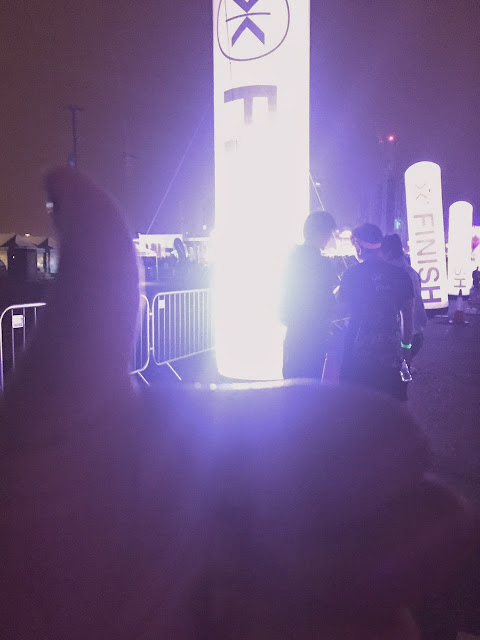 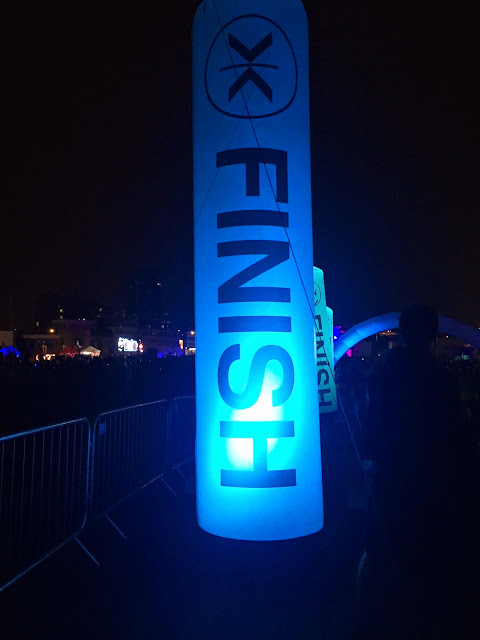 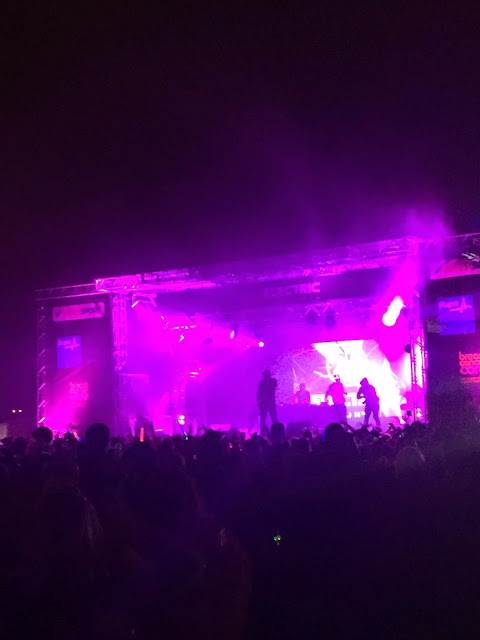 I was really emotional when I reached the finish line. As I explained before, it wasn’t something I had ever done before and something I never thought I would or could do. I was worried I wasn’t capable or that I would fail, so actually finishing and still feeling great was a huge achievement for me and I couldn’t be more proud of myself.

Huge thanks to all the volunteers involved for making the event so awesome, and a humongous thanks to everyone who donated to Breast Cancer Care. I went over my goal of £150 and I couldn't have done it without you!

I plan on doing another 5km run next year and next time I want to aim for a specific time. I’ll let you know nearer the time, but somewhere out of London might be quite cool….

KEY: Symbol ^ denotes an item no longer available.
Posted by An Autumns Grace at 09:14