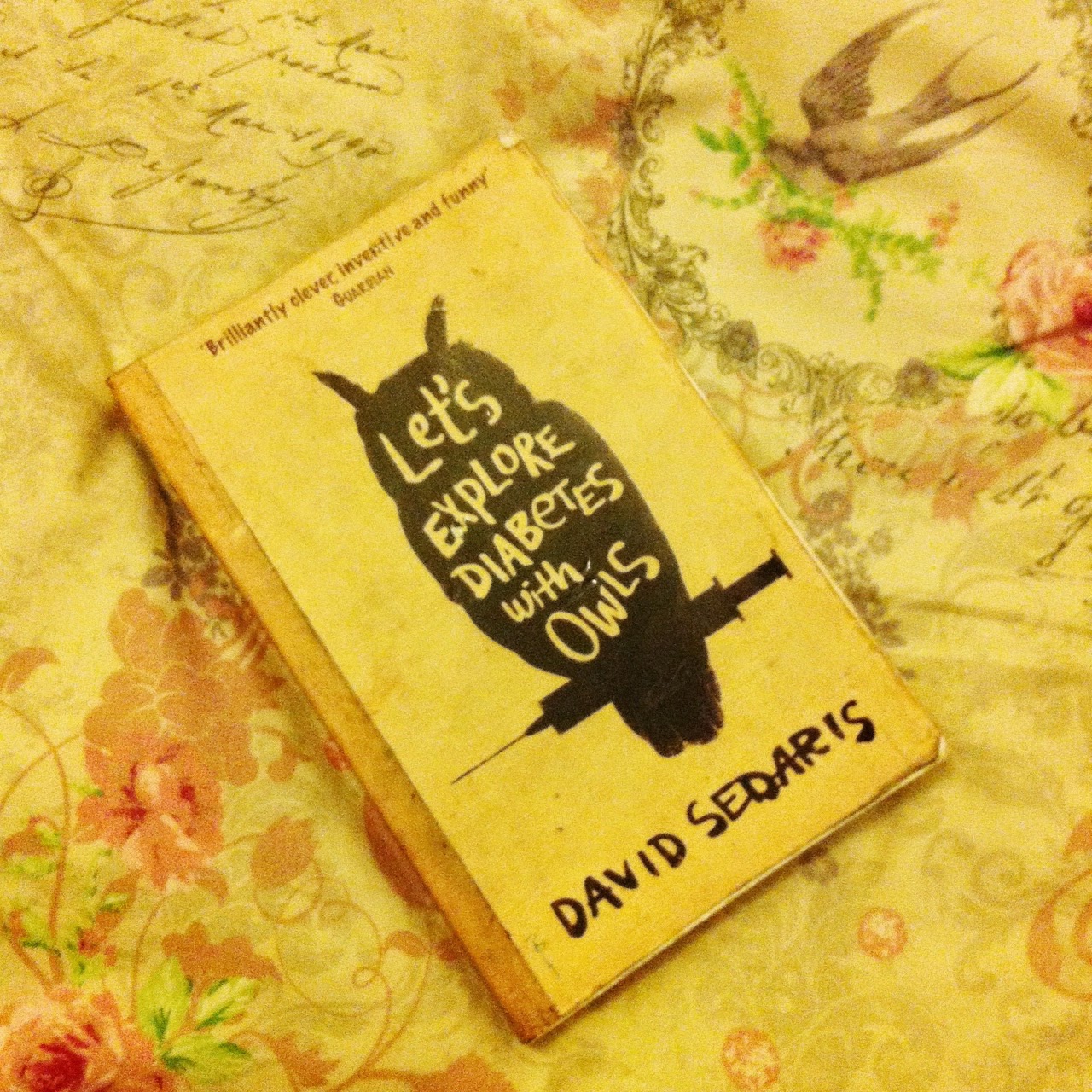 Sorry this review is a little late but I've genuinely struggled to write this. Last months book choice was made by our newest member, Leah, and she chose Let's Explore Diabetes with Owls, by David Sedaris. The book is a collection of short stories (or essays) and trying to write a review based on short stories is more difficult than you'd think! There's so much going on and so many topics to talk about so I've been racking my brain a bit on where to start.

The book is a host of almost essay-type entires from the same character.....I say 'character' but the narrator shares the same name as the author, so draw your own conclusions. The entries seem to document various moments in his life (chronologically for the most part), including his relationship with his father, snapshots of his childhood, early struggles with trying to find a career, travel and immigration, sexual orientation, and even the current US president. In truth, I found the narrator quite hard to like. There's an entry where he talks about dating a fat, black girl in school almost as a token gesture and feigning in his attempt to like her. I found the entry extremely insulting, an almost "throw the fat, ethnic minority girl, a bone" - unsurprisingly, I did not find this amusing in the slightest and he lost me from that point on. There's also an entry where marriage for gay people is discussed, and I found the narrator or his assumed characters views nothing short of alarming. I feel this was an attempt at humour but, for me, he got it totally wrong and instead alienated not just the gay community, but also those who support them (like myself!). However, when he does it right, the narrator did indeed get the odd smile out of me, but again, I found it incredibly hard to actually like him - not that that's a necessity in a book, but still.

I'm not sure if this will just be me, but there were a couple of entries where I was left unsure whether they were from the narrator or just random stories thrown in. I of course won't tell you which, but I found these confusing and broke up the flow in an otherwise free-flowing book. However, it is an easy read but definitely think you'll either love it or dislike it. I don't think I'll personally be reading other books by this author but I can see how his frank writing style is so popular with so many.

Don't forget to check out the reviews from my fellow Nerdsville crew - they'll be up soon!
Charlotte
Leah
Marie
Posted by An Autumns Grace at 10:18