Hope you guys are enjoying your Christmas break!

Well, this year has been a whirlwind for good and not so good reasons. I’d say one of the most good/bad things to happen this year would be joining the plus size blogger world.

I started my blog because I saw an amazing article in Fabulous Magazine, about plus size bloggers, and was so happy to have people like me represented in a positive way. There was nothing about health concerns, being unattractive or getting free stuff; it was about women being empowered in spite of what the general public consensus might be. It was about three gorgeous fat babes talking about loving their bodies and dressing how they liked, when they liked (I have incidentally become really great friends with one of them, Sian, and I love her to bits!).

I read that article and thought, “well if they can do it…” and started my blog soon after. It felt great to be making my contribution to the growing plus size blogger world, and subsequently found myself going to Fattylympics. I met a bunch of incredible women and have established some lovely, real and honest friendships with those who just want to share their experiences and maybe help others along the way- that’s what blogging should be about.

Staying true to my values and meeting the best women ever has definitely been the good- in fact, it’s been great!

I think I should very briefly tell you about my favourite posts of this year. Ironically, my two favourite posts are not clothes post; they are the 'Take This Waltz' and 'Radiohead' posts.

The 'Take This Waltz' post was written partly due to watching the magnificent movie of the same title, but also from situations I see virtually everyday in others. The way people almost completely disregard the person whom they are in a (monogamous) relationship with, in favour of seeking attention from elsewhere- and unrepentantly basking in it, is something which I find more than a little puzzling; I find it utterly astounding, actually! I am however, a big believer in reaping what you sow……you can read the full post here.

My second favourite post is ‘Radiohead’. They are my favourite band ever, and I saw them for the very first time this year. It was pure joy from start to finish and I still feel really lucky to have been there with such an embracing crowd. Thom was on form and I went home floating on air. The gig was by far the best un-blog related thing to happen to me this year, and I think my post about it explains why.....

This year I started a group on Facebook, with Lauren. Curve Social has been a true highlight for me and it has given me a great opportunity to meet and get to know even more amazing people just trying to find their way....I can relate to that; I constantly feel like a little lost lamb just trying to find my way and my place- I hope the group has helped others feel like they're not on their own.

There was also the launch of Plus London 3! There is so much I want to say at this point, but I can't- yet! You can rest assured though, we have things bubbling under the surface and when the time's right, we will scream them from the rooftops accordingly :D Along with that, I’ll hopefully be continuing Curve Social and hope the ideas for the New Year are things you’ll all enjoy too.

I’ve loved posting this year and will try to post more often from now on. I’m also going to talk more on Twitter. There are so many lovely people on there and due to being a scaredy cat, I just haven’t put myself out there in regards to conversing; I will change that and talk the ears of those whom I like (be warned). Next year is so exciting, with lots of cool things in the pipeline- I can’t wait for it all to happen!

I won’t bore you for too much longer, but I just wanted to leave you with my favourite quote, song and video of this year. The quote won’t be a popular choice, as I know everyone seems to have a bee in their bonnet about Lana Del Rey, but I actually like her. I’m not proclaiming that she’s the best solo female artist since Etta James, but I find a lot of the criticism quite bizarre, personally. I don’t think hype helps anyone, and there was a lot expected of her after Videogames went viral….anyway, the quote is from her music video, ‘Ride’. I love the short monologue-type musings at the beginning- just before the actual song starts. This is my favourite part of it (and subsequent favourite quote):

“My mother told me I had a chameleon soul
No moral compass pointing due North
No fixed personality
Just an inner indecisiveness, that was as wide and as wavering as the ocean.”

How beautiful is that?!!! It’s not a quote in the traditional sense; there are no words of wisdom, nor is it advisory, but I think it’s great. If you have an itch to watch the video, here it is:

My favourite song of the year is a total unashamed cheat. It’s actually from an album released in 2010, but it didn’t come to light for me until this year. ‘Zebulon’ by Rufus Wainwright is an indescribable beauty. It is tender, heartfelt, honest, heartbreaking and above all, hopefully. It is a song which continues to stay with me even though I have listened to it uncountable times. It’s simply gorgeous:

“I believe in freedom
Freedom’s apparently all I need
But who’s ever been free in this world?
Who has never had to bleed…
In this world?” Oh, how I love this :’)

My favourite video of the year isn’t a music video. It’s from the quite spectacular, Franceta Johnson. I LOOOOOOOOOOOOVE her! I think she is my blogger girl crush of 2012, and this is a video she posted on said blog. It’s entitled ‘Confidence’ and the title explains it all really; it’s something that everyone has a hard time with either occasionally or everyday, and I love how she explains what confidence is and how you can achieve it:

I think I’ll leave it there, because this is quite possibly the longest post anyone has ever posted ever (you can probably tell how much writing is part of my soul)! Thanks for reading this year and I hope you all have the best New Years’ ever! 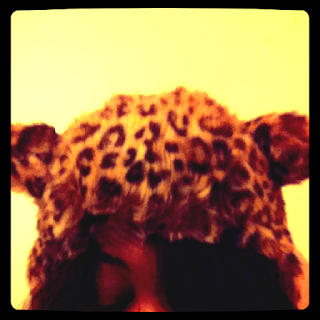